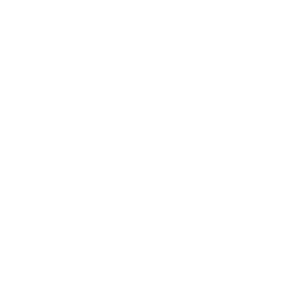 What we believe at HPCC about Jesus and the Bible

That the Bible is the infallible Word of God, and is the final authority in all matters of faith and conduct.

In the one true God, eternally existing in three Persons:  Father, Son and Holy Spirit.

That through the rebellion of Adam the human race is fallen from original righteousness, born with a nature inclined to evil, separated from God by sinful deeds and in need of divine salvation.

That sin includes both a condition of inward spiritual corruption and any act of willful transgression of the known will of God.

That salvation consists of two distinct works of God within the soul. The first called justification is conditioned upon repentance and faith, involves forgiveness of sins and the imparting of spiritual life, and results in the believer ceasing the practice of sin and beginning a new life of following Christ. The second called entire sanctification, is conditioned upon full surrender and faith, involves both the instantaneous cleansing of the Christian’s heart from the inherited inclination to sin and the infilling of the Holy Spirit, and results in a new power to love God with our whole heart and our neighbors as ourselves.

That the believer is secure in Christ as long as obedience and faith are maintained.  It is possible to depart from grace and fall into sin, and if one remains in this state, to be finally lost.

However, by the grace of God and through repentance and faith, the backslider can be restored.

The Gifts of the Spirit

That the various gifts of the spirit are given to believers as God wills for the purpose of edifying the Church, and are in no sense proof of the Spirit’s fullness nor are they necessary for salvation. Specifically, regarding the claim of a “gift of tongues,” we believe that the use of the term “speaking in tongues; in Scripture has a reference to the use of know human languages for the purpose of communicating the Gospel.  Therefore, we cannot accept the claim that speaking in unintelligible languages in public or private is a practice affirmed by Scripture.

That genuine Christian living consists of “walking as He walked.”  We believe that good works themselves do not save us, but are necessary fruits of the new birth and therefore serve as evidence that we are converted just as a tree is discerned by its fruit.

That Christ instituted two sacraments: Baptism and the Lord’s Supper.

High Plains Community Church is affiliated with the Churches of Christ in Christian Union, a denomination whose roots can be traced to an interdenominational movement originating in upper mid-west states stretching from Missouri through Ohio, during the tumultuous years prior to the Civil War.

As the Nation moved closer to civil war, the political strife began to impact what was preached from many of the country's pulpits. A grass-roots backlash to this loss of focus on the plain preaching of the Gospel message soon developed and a desire intensified to unite into a new church organization where the Gospel would be preached unmixed with partisan politics. The new organization included various churches such as Methodist, Presbyterian, United Brethren and Baptist, cooperating under several names, Christian Union, Church of Christ and Church of Christ in Christian Union.

Regardless of good intentions, no movement encompassing such different churches with widely differing doctrinal positions could maintain cohesion. Predictably, divisions resulted, and in 1909, a group of churches withdrew that held to the Methodist doctrine of salvation, specifically, Conversion, in which those who repent of their sins are forgiven and empowered, in that moment, to cease the practice of deliberate sinning, and entire sanctification, which follows Conversion and involves the instantaneous purifying of the Christian's heart from the inherited sinful nature. These churches formed a separate group under the name Churches of Christ in Christian Union, also called "3CU" in daily usage.

Today, CCCU has over 250 local churches, located, with a few exceptions, throughout the eastern half of the U.S. The Church headquarters and Ohio Christian University, the denominational college, are located south of Columbus in Circlevile, OH. Thriving missions ministries are located in more than 10 countries.

Have a question about what we believe at High Plains Community Church? Get in touch with a person on our lead team directly by clicking the button below.